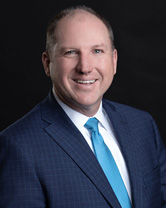 Hammons has held numerous financial leadership roles during his more than 20-year tenure with the Company, including overseeing accounting and financial reporting, SEC reporting, budgeting, design and implementation of financial systems and processes, capital market transactions, corporate finance and treasury management functions and the Company’s divestiture program. Most recently, he has served as Senior Vice President, Assistant Chief Financial Officer and Treasurer. He has also previously served as the Company’s Chief Accounting Officer.

Prior to joining Community Health Systems, Hammons served for ten years in various positions in the Assurance and Advisory Services practice at Ernst & Young, serving both public and privately held companies.

Hammons holds a bachelor of arts degree from Malone University, where he also serves as a member of its board of trustees. He is a Certified Public Accountant.