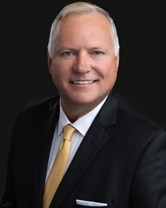 David E. Nicely serves as the President of Region 2 Operation for Community Health Systems overseeing the Company’s affiliated hospitals in North Carolina, Pennsylvania, Tennessee and West Virginia. Nicely joined CHS in 2014 as a vice president of division operations and was promoted to Regional President in 2018. Prior to joining CHS, he served in hospital executive roles, including both as a chief executive officer and a chief operating officer, for hospitals in the southeastern United States. He holds a master’s degree in health services administration from the College of St. Francis and a bachelor’s degree in medical technology from the University of Tennessee at Memphis.