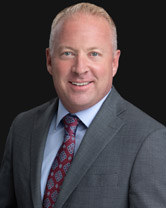 Kevin A. Stockton serves as the President of Region 2 Operations for Community Health Systems, overseeing the Company’s affiliated hospitals in Alaska, Arizona, Arkansas, Missouri and New Mexico. Stockton joined CHS in 2011 as chief executive officer of Northwest Medical Center, the Company’s affiliated hospital in Tucson, Arizona. He was promoted to market chief executive officer for Arizona in 2015 before being promoted to Regional President in 2017. Prior to joining CHS, Stockton served in hospital executive roles, including as chief executive officer and chief operating officer, for hospitals in the western United States. He holds both a master’s degree and a bachelor’s degree in public administration from the University of Arizona.