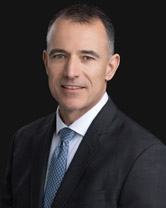 Chad A. Campbell serves as the President of Region 4 Operations for Community Health Systems, overseeing the Company’s affiliated hospitals in Mississippi, Oklahoma, and Texas. Originally joining CHS in 2007, Campbell served in various hospital executive roles, including as chief executive officer at several of the Company’s affiliated hospitals in the western United States. He was chief executive officer at McKenzie-Willamette Medical Center, a former CHS affiliated hospital in Springfield, Oregon, when that hospital was included in the Company’s spin-off of Quorum Health Corporation in 2016. He continued in that role with Quorum until rejoining CHS in 2018 as a vice president of division operations. He was promoted to Regional President in 2019. He holds a master’s degree in health care administration from Trinity University and a bachelor’s degree in accounting from Texas State University.