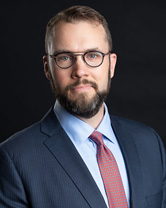 Justin Pitt has served as the Company’s executive vice president, general counsel and assistant secretary since March 1, 2022. Previously, he served as the Company’s senior vice president and chief litigation counsel, and oversaw operations of the Company’s Legal and Government Relations Departments. He first joined the Company as Litigation Counsel in 2009 after several years in private practice as a litigator and lobbyist to the Tennessee General Assembly. Pitt serves as a member of the American Health Lawyers Association and on numerous committees of the Federation of American Hospitals. Pitt is a Fellow of the Nashville Health Care Council and a member of the Leaders Council of the Legal Services Corporation, the largest funder of civil legal aid for low income Americans in the United States. He is a past professor of business and healthcare law at King University and Aquinas College. Pitt serves on the boards of a number of non-profit organizations including One Willco and The Village at Glencliff, which provides medical respite and bridge housing for those experiencing homelessness. Pitt received his undergraduate degree, cum laude, from Carson Newman University and his law degree, Order of the Coif, from Washington University in St. Louis, where he was a William Webster Fellow.