The new company will be named Quorum Health Corporation and it will be headquartered in Middle Tennessee.

The company’s initial Form 10 Registration Statement was filed with the Securities and Exchange Commission on September 4, 2015. 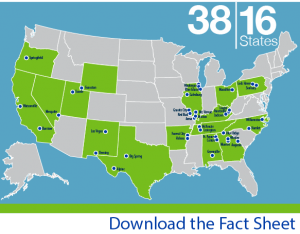 The new company will also include Quorum Health Resources, which provides hospital management and consulting services to 150 non-affiliated hospitals across the United States, most of which are located in similar markets as Quorum Health Corporation’s sole provider hospitals.

Thomas D. Miller currently serves as president of Division V Operations for Community Health Systems and oversees the operations of affiliated hospitals in Indiana, New Jersey, Ohio and Pennsylvania. He joined Community Health Systems in connection with the acquisition of Triad Hospitals, Inc. in July 2007. Mr. Miller has more than 30 years of experience in hospital operations and executive management. Prior to joining Community Health Systems, from 1998 through 2007, he served as the president and chief executive officer of Lutheran Health Network in northeast Indiana, a system that has grown to include eight hospital facilities. During the early years of his tenure at Lutheran, the health system was operated by Quorum Health Group, Inc., a predecessor of Quorum Health Resources. Mr. Miller holds a bachelor’s degree from Auburn University and a master’s degree in hospital and health administration from the University of Alabama at Birmingham. He currently serves on the Board of Trustees of the American Hospital Association.

Michael J. Culotta currently serves as vice president of Investor Relations for Community Health Systems. Mr. Culotta joined Community Health Systems in 2013. He is an experienced healthcare finance executive who has served as chief financial officer at two publicly traded companies, both of which were successful spin-offs. From 2007 to 2013, Mr. Culotta was chief financial officer of PharMerica Corporation. He held the same role at LifePoint Hospitals from 2001 to 2007. Prior to that, Mr. Culotta was a partner with Ernst & Young where he worked for 24 years. He earned his bachelor’s degree from Louisiana State University and is a Certified Public Accountant, licensed in Tennessee, Texas and Florida.