Wayne Smith, Chairman of the Board and Chief Executive Officer 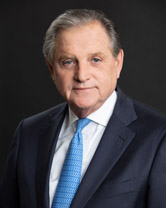 Wayne Smith joined Community Health Systems in 1997 as President and Chief Executive Officer. In 2001, he was named Chairman of the Board.

Smith is one of the most tenured executives in the hospital industry. Over the years, he has garnered professional recognition from his peers, investors, and the business community. He has been named one of the 100 Most Influential People in Healthcare each of the 17 years Modern Healthcare has published the peer voted list, one of only three people to be named to the list every year since its inception. Institutional Investor magazine has named Smith a Top CEO for the healthcare facilities sector several times since 2008.

Smith is the past-chair of the board of the Federation of American Hospitals. He is also the past-chair and a former board member of both the Nashville Area Chamber of Commerce and the Nashville Health Care Council and serves on the board of trustees of Auburn University. In addition, his past experience serving on other companies’ boards of directors provides him with insight and experiences to support his leadership of the Company and its Board. He served on the board of directors of Praxair, Inc., a supplier of industrial gases and coatings and related healthcare services and technologies, from July 2001 until its Merger with Linde AG in October 2018, with service initially on Praxair’s audit committee and later on its compensation committee (former chair).

Prior to joining Community Health Systems, Smith was President and Chief Operating Officer of Humana, Inc., where he served in various management positions during his 23 years with that company.  Smith holds bachelor’s and master’s degrees from Auburn University and a master’s degree in healthcare administration from Trinity University.